Find this article at:
go.ncsu.edu/readext?694867
— Written By Colby Griffin and last updated by Ginny Moore 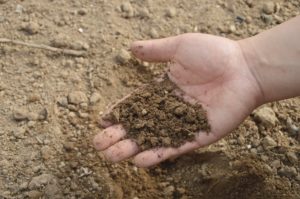 We all know that healthy garden plants start with healthy soil. There are plenty of ways to build your soil, one of which is through the addition of cover crops into your garden rotations. Cover crops are those crops that are added into your garden system when you have a gap between food crops and are usually not harvested, as their purpose is to improve the soil rather than to be harvested for food.

There are plenty of options for plants to use as cover crops depending on what goals you have. For instance, if you are planning on having a summer crop of tomatoes, you can plant something in the cooler months that adds nitrogen to the soil in order to have more available for your tomatoes and reduce the need for fertilizers.

Cucumbers: A Refreshing Treat From the Garden 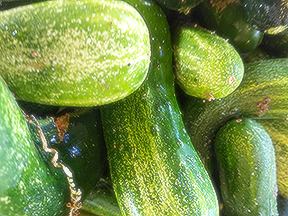 Cucumbers are among the easiest and most delicious additions to the vegetable garden. Once the heat of summer rolls around, my refrigerator is well-stocked with cold cucumbers. Great in a salad, on a sandwich, or for making homemade pickles, cucumbers are a true pleasure in a summer garden.

As a warm-season plant, cucumbers ideally are planted when soil temperatures reach 75-85 ℉. To determine when is the appropriate time to plant cucumbers in your area, refer to the Planting Calendar for Annual Vegetables, Fruits, and Herbs for western, central, or eastern North Carolina, respectively. 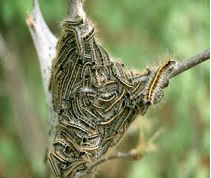 Eastern tent caterpillars are common native insects that create silk webs or ‘tents’ in the branch crotches of some tree species. Their favorites are rosaceous species such as cherry and apple. I have gotten reports this week of tents which have become large and noticeable though the caterpillars become active much earlier in spring.

Eastern tent caterpillars have one generation per year. They overwinter as eggs glued to twigs of host trees. The egg cases look like gray foam wrapped around twigs. The eggs hatch in early spring usually around 50 growing degree days. In Raleigh this occurs in March. The caterpillars feed together and build nests in crotches of trees.

Say No to Crape Murder! 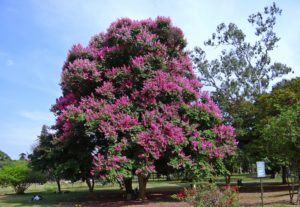 Q: How do I correctly prune crape myrtles?

A: Crape myrtles are a popular tree or shrub in the landscape known for their bright flower display during the summer and attractive bark during the winter. With crape myrtles being a popular plant in the landscape for many people, a common question is when and how to prune them. Crape myrtles should be pruned during the winter. Many people prune in late winter, from late February into early March. The important thing to remember is to prune crape myrtles right before new growth begins in the spring. A crape myrtle’s flower buds are produced on new growth. So once new growth starts in the spring, flower buds for the summer will begin to form on current new growth.
Read more

We continue to receive inquiries from people who are confusing some of our common insect species with the Asian giant hornet that has gained media attention in the last week, but is not found in North Carolina. In an effort to help them identify what they found, Matt Bertone with the assistance of Mike Vysocka in EIT, have assembled A Visual Comparison of the Asian Giant Hornet and Other Insects. 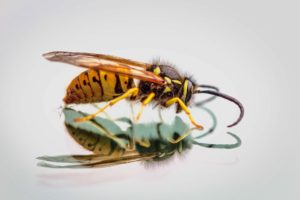 The following are some insects that might be confused for the Asian Giant Hornet (also referred to in the media as the “Murder Hornet”) which is not in North Carolina at this time. As of this writing they have only been seen in the Pacific Northwest. However, we still get a lot of calls and emails and thought we should point out a few key details about the Asian Giant Hornet.

Colby Griffin, N.C. Cooperative Extension Agent – Agriculture, Commercial and Consumer Horticulture, identifies common native and non-native plants and gives a description of each of those plants you may find growing in your landscape.